So there was quite a bit of critique of the Pilot episode of The Event. People found it confusing and some had lost faith in this type of mystery show because of the debatable fail of the Lost finale. However, after watching 3 episodes, I think this has very little in common with Lost, and it could be very cool as the plot unfolds. The first episode set up the premise and the characters, and it did so at a fast pace with many flashforwards/flashbackwards type scenes. But as of the third episode, they severely toned down this style of storytelling, and the episode was more focused on specific events rather than trying to introduce everyone and everything. It is a somewhat complex plot, as there are many people involved and many different time periods. Sometimes it’s 2 weeks ago, 60 years ago, and the present.

It feels more like the hidden conspiracies of 24 than Lost. While The Event has supernatural science-fiction elements, they are not as far fetched as in Lost. It is more based on alien technology, while Lost was more about the truly supernatural and fantasy-like. So far I am hooked. I will follow it into future episodes for sure. 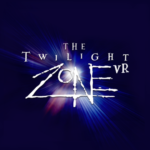